Want to meet single gay men in Malegaon, Maharashtra? Sign up now to place your free gay personal ad and check out the ads of other available gay singles.
Table of contents

The court responded by issuing an order directing the state government to provide adequate medical treatment to the accused to render them fit for trial. Lengthy arbitrary detention remained a significant problem due to overburdened and under resourced court systems and a lack of legal safeguards. Some NGOs criticized these courts for failing to uphold due process and requiring that detainees unable to afford bail remain in detention. The judicial system remained seriously overburdened and lacked modern case management systems, often delaying or denying justice.

An analysis of the data kept by the Ministry of Law and Justice reported a percent vacancy of judges in the high courts as of August 1. On September 11, the Supreme Court asked the central government, the Maharashtra government, and the National Investigation Agency NIA to respond after public interest litigation cases requested intervention for a fair trial in the Malegaon terror blast case. Salian, in press interviews, alleged some NIA officials pressured her to act in favor of the arrested Hindu extremist members in contrast to the Muslims arrested in the case.

The criminal procedure code provides for public trials, except in proceedings that involve official secrets or state security. Defendants enjoy the presumption of innocence, except as described under UAPA conditions, and may choose their counsel. The state provides free legal counsel to defendants who cannot afford it, but circumstances often limited access to competent counsel, and an overburdened justice system resulted in lengthy delays in court cases, with disposition sometimes taking more than a decade. The law allows defendants access to relevant government evidence in most civil and criminal cases, but the government reserved the right to withhold information and did so in cases it considered sensitive.

While defendants have the right to confront accusers and present their own witnesses and evidence, defendants sometimes did not exercise this right due to lack of proper legal representation. Defendants have the right not to testify or confess guilt. Courts must announce sentences publicly, and there are effective channels for appeal at most levels of the judicial system. There were reports of political prisoners and detainees. NGOs reported that the Jammu and Kashmir government held political prisoners and temporarily detained more than persons characterized as terrorists, insurgents, and separatists under the Public Safety Act between and According to the Association for the Protection of Democratic Rights, as of August there were an estimated political prisoners in West Bengal, a decrease from the previous year at Most prisoners belonged to government-banned insurgent groups.

In April the Ranghat district court acquitted 10 prisoners, allegedly associated with the outlawed Communist Party of India Maoist organization, after nearly a decade in prison. The court found the prosecution failed to establish evidence needed to charge the defendants. Individuals, or NGOs on behalf of individuals or groups, may file public interest litigation petitions in any high court or directly to the Supreme Court to seek judicial redress of public injury.

Grievances can include a breach of public duty by a government agent or a violation of a provision of the constitution. NGOs credited public interest litigation petitions with making government officials accountable to civil society organizations in cases involving allegations of corruption and partiality. The law prohibits arbitrary interference.

The government generally respected this provision, although at times authorities infringed upon the privacy rights of citizens. The law requires police to obtain warrants to conduct searches and seizures, except in cases in which such actions would cause undue delay. Police must justify warrantless searches in writing to the nearest magistrate with jurisdiction over the offense.

In Jammu and Kashmir, Punjab, and Manipur, security officials have special authorities to search and arrest without a warrant. In terrorism cases under the UAPA, police have greater discretion to conduct search and seizure operations. The Information Technology IT Act allows police under certain circumstances to search premises and arrest individuals without a warrant.

The act specifies a one-year sentence for persons who fail to provide information to the government on request and a five-year sentence for transmitting obscene material. The UAPA allows use of evidence obtained from intercepted communications in terrorist cases. The Chhattisgarh Special Public Security Act of allows police to detain a person without producing a charge sheet for as long as 90 days. The government detained two journalists under the CSPSA, accusing them of complicity in a deadly attack on police by Naxalite insurgents; some media reports indicated that authorities imprisoned the journalists because of their reporting.

Army and central security forces remained stationed conflict areas in the northeast. In August the central government announced the signing of a peace accord with the insurgent group, the Nationalist Socialist Council of Nagaland. The use of force by all parties to the conflicts resulted in deaths and injuries to both conflict participants and civilians. There were reports that government security forces committed extrajudicial killings, including staging encounter killings to conceal the deaths of captured militants.

The central and state governments and the armed forces investigated complaints and punished some violations committed by government forces. Authorities arrested and tried insurgents under terrorism-related legislation. There were few investigations and prosecutions of human rights violations arising from internal conflicts.

NGOs claimed that due to AFSPA immunity provisions, authorities did not hold the armed forces responsible for the deaths of civilians killed in Jammu and Kashmir in previous years. Killings : The SATP database reported that violence killed persons security force personnel, 93 civilians, and Maoist militants--during the year due to of Maoist violence, a decrease from when violence killed persons: 87 security forces, civilians, and 99 Maoist insurgents.

The SATP database reported fatalities in Jammu Kashmir during the year: 41 security personnel, 20 civilians, and terrorists.

In Maoist-affected districts, there were reports of abuses by both security agencies and insurgents. In March the group withdrew from a year-old cease-fire with the government. On June 4, the media reported that insurgent groups in Manipur ambushed an army convoy and killed 20 army personnel and injured Manipur government officials alleged rebels used automatic weapons and rocket-propelled grenades.

On April 1, Maoist insurgents abducted five employees of a private mining company as well as local residents from the Chargaon and Metabodli iron ore mines. They later released the hostages in the Kanker district of Chhattisgarh. Physical Abuse, Punishment, and Torture : There were reports that government security forces tortured, raped, and mistreated insurgents and alleged terrorists in custody and injured demonstrators.

All parties to the conflicts injured civilians.


On August 31, in Churachandpur district in Manipur state, police killed eight persons when protesters from Hmar and Kuki tribes set fire to the houses of Manipur government officials in a protest over land acquisition legislation, which they believed would stop Kukis, Hmars, and other tribes from accessing their own land in the state. Police arrested those alleged to have set the fires, and an investigation was pending.


The Maoist groups used the children in combat and intelligence-gathering roles. Insurgents trained children as spies and couriers, as well as in the use of arms, planting explosives, and intelligence gathering. Although the United Nations was not able to verify all allegations, reports submitted to parliament contained similar allegations. Recruitment of children by Maoist armed groups allegedly continued.

Observers reported that children as young as 12 were members of Maoist youth groups and allied militia.

They reportedly handled weapons and improvised explosive devices. Maoists reportedly held children against their will and threatened severe reprisals, including the killing of family members, if the children attempted to escape. There were reports of girls serving in Maoist groups. The government claimed, based on statements of several women formerly associated with Maoist groups, that sexual violence, including rape and other forms of abuse, was a practice in some Maoist camps.

According to government sources, Maoist armed groups used children as human shields in confrontations with security forces. There were continued reports on the use of schools as military barracks and bases. The deployment of government security forces near schools remained a concern.

Welcome to the best free dating site on the web

There were reports that armed groups recruited children from schools in Chhattisgarh. Other Conflict-related Abuses : As of April the Internal Displacement Monitoring Center estimated that conflicts and instability in the country displaced , persons. There were , internally displaced persons IDPs in Jammu and Kashmir and , in the northeast state of Assam, of which the majority fled intercommunal violence in late Conflict and violence during newly displaced at least 3,, persons, most fleeing intercommunal violence in Western Assam.

Tens of thousands of Kashmiri Pandits Hindus have fled the Kashmir Valley to Jammu, Delhi, and other areas in the country since because of conflict and violent intimidation, including destruction of houses of worship, sexual abuse, and theft of property, by Islamic separatists. The Kashmiri Pandits began to leave Kashmir after the onset of insurgency against the Indian state. According to a Ministry of Home Affairs annual report, the government registered 62, displaced Kashmiri families, with 40, located in Jammu, 19, in Delhi, and more than 1, in other states.

IDP camps continued to operate in Chhattisgarh for tribal persons displaced during the fighting between Maoists and state-sponsored militia Salwa Judum. Reports varied regarding how many had returned to villages see section 2.

Repatriation was difficult due to the intervening development of agricultural and forest land and rural-urban migration trends. In some cases violent strikes resulted from companies withholding medical care, which the law requires that companies provide. Some workers alleged colleagues had died due to poisoning after they sprayed plants with chemicals. Other reports indicated that workers had difficulty accessing clean water, with open sewage flows uncontrolled in company housing areas. 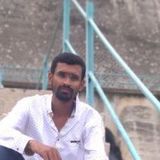